Your one-stop resource for everything related to your financial well-being. 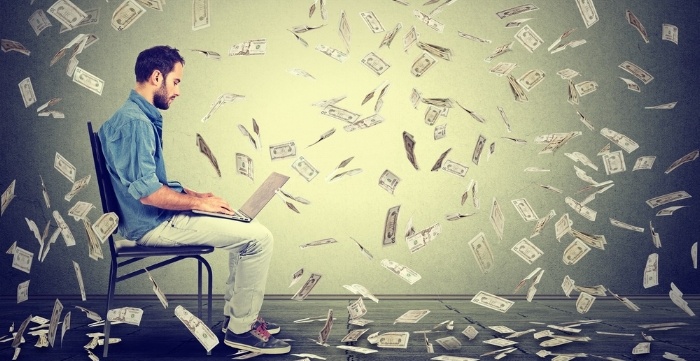 Nowadays, it seems that the word investing is thrown around quite a bit. For some, that means investing in stocks; for others, it may mean "investing" in a new HD TV (or at least, that's what the husband will call it). Regardless of the capacity in which the word is used, all forms of investing really boil down to the same thing: believing that the money we put toward something today will lead to profit us tomorrow. And, as easy as it might be to “invest” in that new HD TV, it might be even more beneficial to invest that money elsewhere.

According to Investopedia, investing is “the act of committing money or capital to an endeavor with the expectation of obtaining an additional income or profit.” Investing is really about giving up some money today with the goal of acquiring more money in the future.

Although investing may sound like a wealthy, more mature person’s game, it really would be best utilized by the less affluent, young person. Take it from me: as a struggling millennial, it was hard for me to wrap my head around the value of investing, and the importance of starting now. Yes, I understood that I’d be giving up some money with the goal of obtaining more money later, but the first part sounded daunting: giving up some money. With student loan debt, car payments, and rent, it seemed almost reckless for me to stretch my budget even thinner. However, once I learned the power of compounding and the importance that time plays in it, I knew it would be imperative for my future financial success for me to begin investing as soon as possible.

Compounding is the process of generating earnings on investments and reinvesting those earnings in order to receive even larger earnings. Take for example if you make an initial investment of $1,000, and that investment receives earnings of 20% (compounded yearly). The first year, you’d make $200 giving you a total of $1,200. Let’s say you allow this money to sit for another year and receive another 20% earnings. Instead of only getting 20% of your initial investment of $1,000 ($200), you’d be receiving 20% of $1,200 ($240).

Now this $40 difference may not seem like a lot now, but that’s where the importance of time comes into play. Take a look at what it could do in the long term: 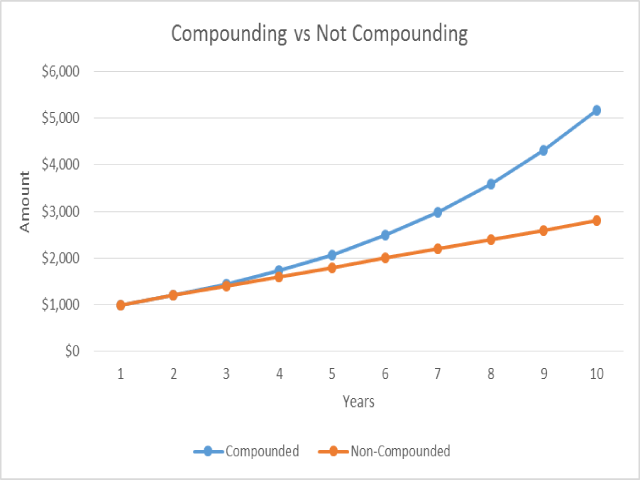 Above is a graph displaying the life of the scenario described earlier: An initial investment of $1,000 receiving a continuous 20% earning and compounded yearly. The blue line shows what happens if the investor allows her/his earnings to sit and be reinvested. The orange line shows what happens if the investor pulls out her/his earnings year after year. As you can see, if the initial investment and the earnings are allowed to sit and be compounded, that money grows to over 5x its initial worth, whereas the non-compounded investment grows at a linear rate of the same 20% ($200) of the initial investment year after year. 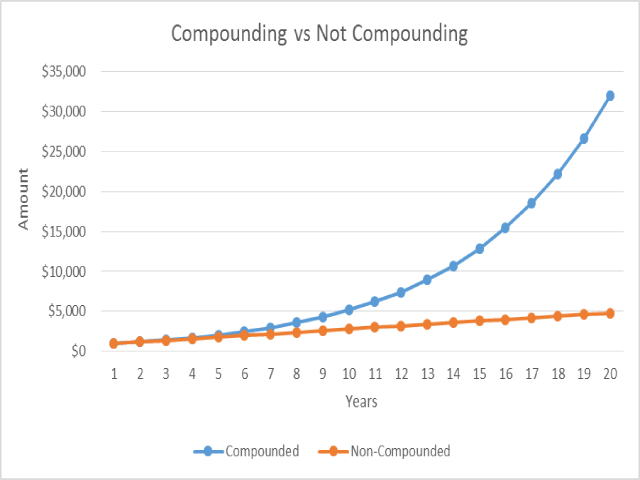 When should you start investing your money?

So instead of splurging on that new HD TV or buying the newest version of the iPhone, consider investing that money into something that could really benefit you in the long run.

Learn about a variety of topics, including insurance, mortgages, financial planning, investments, and more!