Will the Battle Be Joined?

In 1993, President Bill Clinton came into office planning a large fiscal spending program that centered on education and infrastructure spending, coupled with a middle-class tax cut. Unfortunately for the new president, the Federal Reserve (Fed) had been providing heavy monetary stimulus to combat a relatively nasty recession in the early 1990s. Fed Chairman, Alan Greenspan, was actually getting ready to reduce this stimulus due to concerns about building inflation. In his mind, new fiscal stimulus ran counter to what he wanted to do. Therefore, it was up to President Clinton’s top economic advisor, Robert Rubin, to tell the new president that if he went ahead with his fiscal spending program, the bond market would see it as inflationary and drive long-dated interest rates higher. Moreover, the Fed would view the spending program as an unwanted addition to stimulus and would probably start raising short-term rates. Mr. Rubin advised that the right thing to do would be to show fiscal discipline, or essentially, do the opposite. According to Robert Woodward’s book, The Agenda, President Clinton exploded saying, “You mean to tell me that the success of the economic program and my re-election hinges on the Federal Reserve and a bunch of [explicative deleted] bond traders?” The response was yes and with that, the stimulus package was tossed and fiscal discipline took its place.

As Mark Twain once said, “History doesn’t repeat itself but it does rhyme.” Today, we have a new president with plans for a stimulus program far more expansive than President Clinton’s, and a Fed looking to remove far more monetary stimulus than Chairman Greenspan. In yesterday’s congressional testimony, Fed Chairwoman, Janet Yellen, essentially fired a large shot across the bow of President-Elect Trump’s fiscal stimulus plans, in my opinion. She stated that with the economy near full employment, adding a big spending package coupled with large tax cut would be seen by the investment community as inflationary.

While she didn’t say it, nearly everyone in the room and everyone watching on TV knows that the Fed is in the process of slowly and carefully removing the unprecedented amount of monetary stimulus they have provided. When questioned about the possible stimulus package, Ms. Yellen responded, “When there is greater clarity about the economic policies that might be put into effect, the committee will have to factor those assessments of their impact on employment and inflation and perhaps, adjust our outlook.” She also said, “In addition, with the debt-to-GDP ratio at around 77 percent, there is not a lot of fiscal space should a shock to the economy occur, an adverse shock that did require fiscal stimulus.”

In other words, the Chairwoman of the Federal Reserve told President-Elect Trump that a fiscal stimulus package was, at this time, a mistake. Moreover, she warned the incoming president that the Fed would look to combat something they saw as overly inflationary by raising their policy rate at a quicker pace than anticipated in 2017. In my piece last week, I ended it with, “The Fed is independent, and they will do what they believe they have to do to keep the risks between growth and inflation balanced. Possible tension between the Fed and the Executive Branch could develop quickly once Trump takes office, potentially derailing the new administration’s legislative agenda.”

The treasury market and the currency markets have signaled this week that this battle has already been joined. The front end of the yield curve has signaled that the Fed raising the funds rate by 25 basis points at its December 14 meeting is a foregone conclusion and that at least one additional raise is likely in 2017. After listening to Ms. Yellen yesterday, if you think President-Elect Trump will pursue his plan, a two-year yield of 1.03% is at least 50 basis too low. The five-year point of the Treasury curve has risen 45 basis points since Election Day. On September 30 of this year, the yield on the five-year was 1.15 basis points. While I know the voracious demand for duration and yield back then drove the five-year to these low yields, part of the yield was expressing the market’s perception that the Fed would be on a very slow and shallow path of rate increases for a long time. The current yield on the five-year is now 1.73%. Part of that sharp yield increase is due to the dumping of duration, but part of it is due to the anticipation of a more aggressive Fed.

Meanwhile, the longer end of the yield curve has sold off sharply, with 10-year yields increasing 45 basis points since Election Day. However, I think after yesterday’s testimony, the long end of the curve may start taking comfort in the Fed’s resolve to negate any unwanted fiscal stimulus with the removal of monetary stimulus. Fiscal stimulus takes time to enact and longer to take effect. The Fed meets every six weeks. In a battle between the Executive Branch and the Federal Reserve, where the core group of Governors and Presidents will be in their positions for at least a year, the Executive Branch would, in my opinion, be bringing a knife to a gun fight.

In the currency markets, the movement of the U.S. Dollar (USD) leaves no room for interpretation. The USD, as measured by Bloomberg’s Dollar Index (DXY), has increased 3.3% since Election Day. The Morgan Stanley USD Trade Weighted Index has the USD up nearly 4% over the same time. The USD now sits at a 13-year high. The soaring USD, as I have previously stated, is bad for commodities, bad for emerging market economies that rely on commodities and borrow in USD, and bad for China. Tighter Fed monetary policy will mean a tighter People’s Bank of China (PBOC) monetary policy. China does not need tighter monetary policy. What is bad for China is bad for the rest of the world. If we keep going down the path we are on, risk markets will begin to take this into account.

However, at the moment the focus is on the Fed and the incoming President. The Fed and President-Elect Trump are, in my opinion, at the same point that President Clinton was with Alan Greenspan in 1993. If they fight, then I think we see the yield curve flatten considerably and the USD marches on. If President-Elect Trump does what President Clinton did in 1993, then I believe that the level of rates and the shape of the yield curve return to their pre-Election Day levels. My recommendation is, going forward, I would ask yourself whether or not you think this clash occurs and make investment decisions accordingly.

Member SIPC & FINRA. Advisory services offered through SWBC Investment Company, a Registered Investment Advisor—Not for redistribution—SWBC may from time to time publish content in this blog and/or on this site that has been created by affiliated or unaffiliated contributors. These contributors may include SWBC employees, other financial advisors, third-party authors who are paid a fee by SWBC, or other parties. The content of such posts does not necessarily represent the actual views or opinions of SWBC or any of its officers, directors, or employees. The opinions expressed by guest bloggers and/or blog interviewees are strictly their own and do not necessarily represent those of SWBC. The information provided on this site is for general information only, and SWBC cannot and does not guarantee the accuracy, validity, timeliness or completeness of any information contained on this site. None of the information on this site, nor any opinion contained in any blog post or other content on this site, constitutes a solicitation or offer by SWBC or its affiliates to buy or sell any securities, futures, options or other financial instruments. Nothing on this site constitutes any investment advice or service. Financial advisory services are provided only to investors who become SWBC clients. 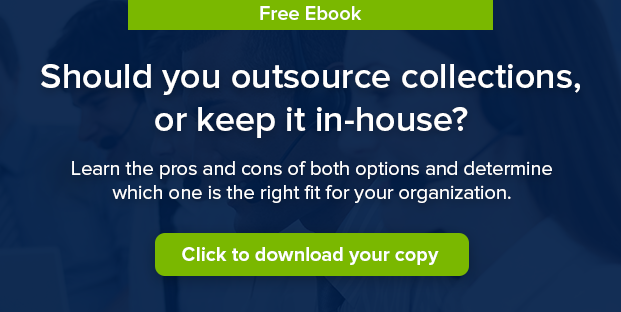