Where, oh Where, Have the Bond Vigilantes Gone? 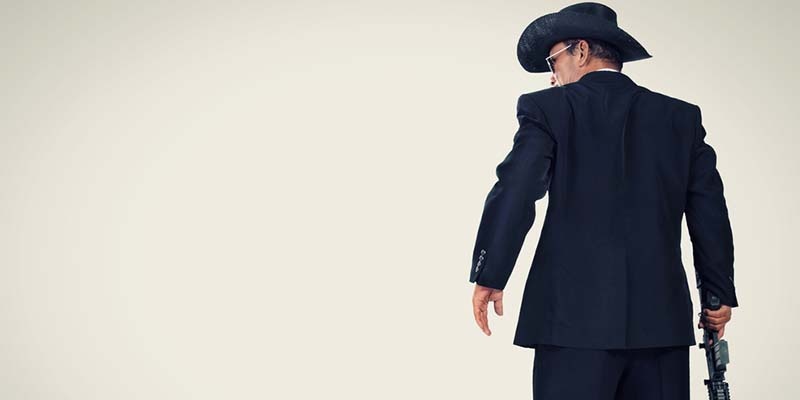 Back in the days of yore—before the financial system blew itself up—there was a group known not by individual name but rather by the title of “Bond Vigilantes”! This mysterious group was known to keep order and exact punishment when they believed that central banks were running monetary policy too accommodative or governments were increasing fiscal deficits. These serious men and women were the folks President Bill Clinton referred to as a “A bunch of freaking (I cleaned that up) bond traders” when he was told by his chief economic advisor Bob Rubin that if he embarked on a major spending program in 1994, the bond vigilantes would cause great pain in the form of higher long-term interest rates. Essentially, the bond vigilantes told the president if you want to spend, we are going to raise the cost of borrowing and ruin you. That is when President Bill Clinton became “The Great Deficit Cutter”!

Now, I am joking a bit here. There is no secret society named The Bond Vigilantes (unless they are really good at keeping a secret!), but the traders and institutional investors that deal in the longer end of the yield curve (five-year maturities and greater) used to have the greatest control over that segment of the market. That was their domain. The Federal Reserve, as well as the other major world central banks, controlled the front end of the yield curve. Central banks could influence the long end of the yield curve, but in the end, if traders decided long rates were going up, they went up and there was little, if anything, the Fed could do, even indirectly, to stop it. Therefore, if the traders and investors who controlled the long end either smelled too much inflation or too big a budget deficit, they would act and usually they got their way and made a lot of money in the process.

Then 2008 happened. The financial and economic crisis that occurred in 2007-2009 changed everything for the bond market. The Fed and other central banks embarked on massive quantitative easing (QE) programs and essentially usurped control of the entire yield curve by becoming the market. When QE first started, the old way of reacting to deficits or perceived corrosive inflation stayed somewhat intact. The Bond Vigilantes did not understand that the Fed and other major central banks could make markets go wherever they wanted, and where they wanted to go was much lower bond yields. I remember when QE first started, I could see, along with thousands of others, that the Fed was essentially printing money, lots of money. While their plan was to keep that money from entering the economy by paying member banks’ interest on excess reserves to keep it there, most were pretty skeptical, thinking that this massive increase in the money supply would end very badly, with inflation soaring. There is a reason why the price of things like gold more than doubled from the time QE started to 2013. Bond Vigilantes tried in vain to short long-term bonds and got beaten senseless. Never was the phrase, “Don’t fight the Fed” so true. Eventually after enough times where their fingers and hands were blown off trying to hit the sell button, the Bond Vigilantes got with the program or sailed off into the sunset to “spend more time with family.”

Now we’re at the end of 2017, and the Fed is gingerly working on removing the extraordinary monetary stimulus. The global economy is growing mostly in unison, and in cases like the Eurozone, growing much faster and earlier than previously expected. Yesterday, the European Central Bank (ECB) announced that they are updating the region’s projected 2018 GDP from 1.8% to 2.3%. That is a 28% increase from just 6 weeks ago! And yet, ECB President Mario Draghi announced that the ECB would continue to run negative interest rate policy and said that QE will go on as planned. The the possibility of shortening or lessening the policy was not even discussed. Moreover, the conversation around QE focused on increasing the program should the economy take a turn for the worse.

Meanwhile, in the U.S., the Federal Open Market Committee (FOMC) gave their policy statement on Wednesday. One thing that immediately raised my interest was the FOMC statement on the labor market. I would have thought that with October and November unemployment rates coming in at 4.1% and the labor participation rate holding steady even (as the Fed has pointed out) as the pool of labor is declining as the labor force ages, the FOMC would characterize the labor market as very close or at full employment. However, the statement simply said, “Labor market conditions will remain strong.” To me, that says that the Fed is willing to let the labor market run hot despite the possibility that we are at full employment already. In addition, with the coming tax reform bill working its way to the president’s desk, many are concerned that the new tax code will increase the budget deficit substantially. And how did the long end of the yield curve react to the dovish statements from the Fed and ECB as well as the fear of increased budget deficits? It rallied!

While many traders and investors we used to describe as Bond Vigilantes have retired, and those who have replaced them have grown up trading in a market where the entire yield curve is controlled by the Fed, at some point this once proud and feared group will regroup and “restore justice.” I am beginning to think that 2018 may mark this return.