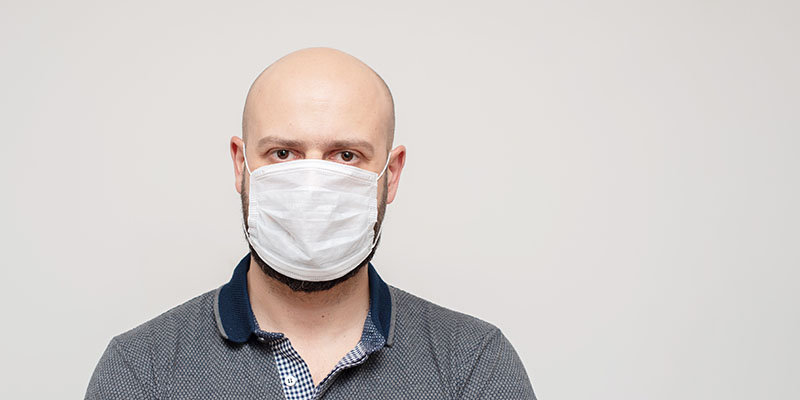 The discovery of the coronavirus, now named COVID-19, last month in Wuhan, China, and its subsequent spread out of China and around the world has caused great uneasiness and alarm.  On Tuesday, the US Centers for Disease Control and Prevention warned Americans to prepare for a coronavirus outbreak at home that could lead to significant disruptions of daily life, since hitting an all-time high last Wednesday, the S&P 500 has fallen 13% while the 10-year Treasury yield has fallen to a new all-time low of 1.17%.  Needless to say, there is tremendous anxiety.  One thing that we have been reading about is what is referred to as an “Epidemic Curve.”  When medical communities gear up for potential epidemics, this is a key picture they try to predict.  According to the CDC,

An epidemic curve, or “epi curve,” is a visual display of the onset of illness among cases associated with an outbreak. The epi curve is represented by a graph with two axes that intersect at right angles. The horizontal x-axis is the date or time of illness onset among cases while the vertical y-axis is the number of cases.

Essentially if the epi curve is flat, that is best.  While there may be a high level of illness onset cases, they are spread out over time -this allows the health infrastructure to deal with the onsets without overloading the entire medical grid.  The opposite epi curve is spike-like (lots of illness onset in a short amount of time).  If this is the case, not only will an overtaxed medical system be unable to properly treat all COVID-19 patients in a timely manner, but it also hinders vital medical treatment of other illnesses outside of the virus. Currently, we do not know what the epi curve will look like.  Unfortunately, it appears that the province of China where the virus originated had a spiked epi curve.  We are now observing other hard-hit countries like South Korea and Italy to see how the virus affects them.  Due to the size of the United States, our relatively open borders and high mobility make us susceptible to a high rate of infection without the ability to properly quarantine the way China, South Korea, and Singapore have.  We hope for the best but prepare for the worst.

When we look at a deadly virus like COVID-19, we look toward who is the most vulnerable to succumbing to the pathogen.  Usually, it comes down to age or individuals with existing medical conditions to decide vulnerability.  As this external shock will certainly affect the US economy we need to ask ourselves is the US economy vulnerable to recession after what will be at least a downturn in economic activity for a quarter or two. Is the economy healthy enough to sustain an external shock like a global pandemic? On first blush, many would say yes.  The statistics are all there; unemployment is low, decent GDP growth, high consumer confidence and robust consumer spending.  While the manufacturing sector has slowed due in large part with our trade war with China, all in all, we may be comfortable in thinking that our economy can stand up to the seemingly inevitable spread of the virus both globally and here in the US.  However, a peek below the surface reveals that there is great vulnerability to recession in the United States, due to too much leverage, especially for corporations and companies.

Corporate debt-to-GDP is now approximately 31% according to The Federal Reserve Bank of St. Louis, which is the highest ever.  With the external shock of COVID-19, this is most troubling. As the Federal Reserve Financial Stability Report stated back in May 2019,

“Overall vulnerabilities stemming from total private-sector credit have remained at a moderate level relative to the past several decades.  However, growth in business debt has outpaced GDP for the past 10 years, with the most rapid growth in debt over recent years concentrated among the riskiest firms. Although debt-financing costs are low, the elevated level of debt could leave the business sector vulnerable to a downturn in economic activity or a tightening in financial conditions.”

The leverage in the business sector has continued to grow faster than GDP in the year since the Fed report.  The debt that the Fed report highlights as “the riskiest firms” is evidenced in the ever-growing $1.3-trillion-leveraged loan market.  And this sector is indeed “vulnerable to a downturn in economic activity.”

Corporations and businesses have taken on record-setting debt loads and even though the interest rates on the debt are historically low, many highly-leveraged companies have made up the pain with volume.  It won’t take much of an economic slow-down to make debt service problematic and when debt service becomes problematic companies generally turn to reduce headcount.  The cornerstone of our long economic expansion has been historically low unemployment and robust consumer spending.  An economic downturn (not a recession), that most expect to occur for a couple of quarters due to COVID-19, could lead to employment losses far greater than many would anticipate.  This could put the US economy into a rather deep recession in the second half of this year.

Unfortunately, an increase in unemployment isn’t the only problem.  Of the $1.3-trillion-leveraged loans in the marketplace, approximately $400 billion are in open-end mutual funds and Exchange-Traded Funds (ETFs).  It is no secret that junk-rated leveraged loans are liquid until they aren’t. If junk-leveraged loans (approximately 9% of the $1.3-trillion-leveraged loan market are rated B3 or B- and 6% below that) begin to default it will be all sellers and no buyers.  Assets whose liquidity disappears when things get bad do not belong in vehicles like open-end mutual funds and ETFs.  In a credit event, having illiquid assets in vehicles that promise daily liquidity is a recipe for disaster.  We have reviewed the 15 largest leveraged loan funds and the average cash holding for those funds is about 5%.  They will not be able to meet large scale redemptions when the secondary market for leveraged loans is closed for business.  Retail investors are going to be harmed and that does not bode well for consumer spending.

Finally, leveraged loans are an ever-present risk to the largest US banks.  The Fed has consistently stated that they do not feel that leveraged loans pose a serious problem to the banking system as much of the loans are moved to the capital markets in the form of Collateralized Loan Obligations (CLOs), open-end mutual funds and Exchange-Traded Funds (ETFs).  However, the creation process of a CLO requires the underwriting bank to “warehouse” over 80% of the CLOs loans before the deal is launched and funded.  Therefore, at any given time when the music stops -CLO demand freezes- large banks could be holding billions of leveraged loans, many with high default probabilities.  This will be a problem.  Hopefully not a 2008-like problem, but still a serious one.

With such morbid news in mind, we think the Federal Reserve will cut the policy rate at its March 18th meeting by 25 to 50 basis points and may cut another 25 basis points at its April 29th or June 10th meetings.  We expect the 10-year Treasury to continue to make new lows toward 1% in March and April.  The Fed may also expand its balance sheet again with Quantitative Easing -probably buying Treasury notes to absorb increased supply and put a cap on rates in the long-end.

Securities offered through SWBC Investment Services, LLC, a registered broker/dealer. Member FINRA & SIPC. Advisory services offered through SWBC Investment Company, a Registered Investment Advisor. FORWARD-LOOKING STATEMENTS SHOULD NOT BE RELIED UPON, PAST PERFORMANCE IS NO INDICATION OF FUTURE PERFORMANCE. OPINIONS EXPRESSED ARE THOSE OF SWBC INVESTMENT SERVICES, LLC AND NOT TO BE CONSIDERED AS INVESTMENT RECOMMENDATIONS OR ADVICE.