The Tide is Going Out; Are You Wearing Your Bathing Suit? 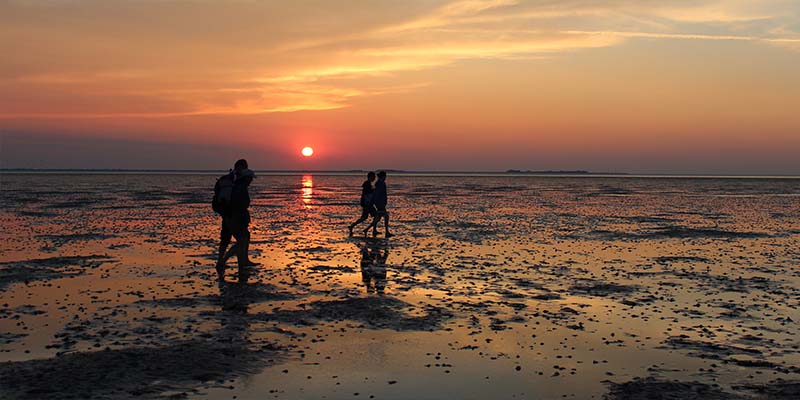 One of the great Warren Buffett’s favorite sayings, that usually gets wheeled out in the middle of a spell of trouble in the financial markets, is, “Only when the tide goes out do we see who is not wearing a bathing suit.” The tide of central bank goodness that has wrapped the financial markets and investors like a warm, soft security blanket is beginning to recede, and we are beginning to see a whole lot of unattractive nakedness.

The tide went out at lightning speed in the equity volatility markets last week. The VIX index, a mathematical formula from the Chicago Board Options Exchange (CBOE), measures the short-term implied volatility of the S&P 500 utilizing short-dated put-and-call options on the S&P. Many call the VIX “The Fear Index.” When the VIX is relatively low, there is less ‘fear’ of risk than when it is relatively high. I’m not sure that is why the VIX and the billions of dollars of futures, options, exchange-traded notes (ETNs), and over-the-counter structured notes—which have grown up around a mathematical calculation that hardly anyone really understands—was created, but there you have it. Personally, the more I look at the VIX and all the financial instruments surrounding it, I think the whole thing was designed to separate investors from their money! A quite massive “money-separation” occurred on February 5, when a rather widely held exchange-traded note, XIV, that went up in value when an index of the first two VIX futures (SPVXSTR) on the CBOE went down, dropped 96% in one day as the SPVXSTR went up 96%! Prior to that, because volatility had been so historically low, in large part due to the support risk markets got from the Fed’s decade-long extraordinary monetary stimulus, XIV returned approximately 180% in 2017 and 82% in 2016. The problem with what is called an “inverse ETN” is it is highly leveraged. There are warnings and disclosures all over the note’s prospectus and supplements that an event like February 5 could occur. However, I believe so many were lulled to sleep by central-bank-induced calm and the “rewards” of taking high levels of risk that the extreme risk of this product and others like it was ignored. The holders of XIV were wiped out; risk is no longer being ignored.

The reason I tell the sad and scary tale of a VIX-related ETN going from hero to zero in a day is that it is a strong wake-up call for the markets and investors, and it appears investors are taking heed. Last week, investors withdrew $6.3 billion from high-yield bond funds. As I said in a previous post, the last time investors saw both treasury rates soar and credit spreads blow out was the 2013 “Taper Tantrum.” What drove that event was then-Federal Reserve Chairman Ben Bernanke merely suggested that the Fed would at some time in the future slow the pace of its Quantitative Easing purchases. While that event was very painful, it lasted only about two months. At that point, investors looked around, realized the Fed was still a long way from beginning to normalize monetary policy and the other major central banks were actually increasing their own monetary stimulus, and the risk party resumed. This time, however, the U.S. economy is growing at a brisk pace, inflation readings are picking up, fiscal stimulus (and profligate government spending) is being injected, and the Fed is in the process of removing stimulus, potentially at a faster rate. Unlike 2013, when risk-free rates like the two-year Treasury note yielded about 30 basis points, now that same instrument yields about 2.2%. Many investors in corporate bond funds were what Morgan Stanley strategists called “tourists.” They are there because they need yield. To those not savvy to the bond world, like these tourists, bonds seemed pretty awesome as rates went one direction (down) and credit spreads generally tightened by a lot.

Now, as those investors begin to leave—as evidenced by the fund outflow data—and others open their fund statements in a couple of weeks and to their surprise see some pretty large losses, outflows will pick up at a quickening pace. To return cash to their investors, funds must sell bonds. Wall Street dealer desks need to bid those bonds. At first, the bonds the funds sell will be the “cleaner” benchmark-type bonds that they know they can get a decent bid on. They can get a decent bid because dealer desks can probably flip those bonds to large institutional accounts. After that is over, though, the tough-to-sell bonds come out. That rate and spread duration does not get put away as fast, if at all. That will put upward pressure on yields and certainly risk spreads.

Additionally, we already know that the amount of treasury issuance will go up substantially due to fiscal stimulus and the inability of the federal government to rein in spending. That is another source of excess supply hitting the markets. Recently, as the U.S. dollar has weakened substantially, especially versus the Japanese yen, foreign buyers are beginning to become net sellers of our debt. That is not a very good technical either. I think things are lining up for a very ugly few months; we will see a 3% ten-year Treasury pretty soon. Suddenly that two-year Treasury at 2.2% looks mighty good and might be the bathing suit you need as the tide goes out!