Picking Up Nickels in Front of the Steam Roller 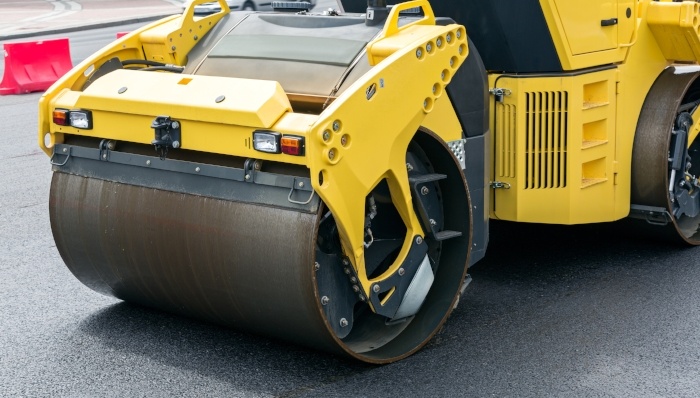 Back in 2007, I was in the thick of the “sub-prime” crisis at a major Wall Street firm. I had very little to do with subprime bonds or the insane derivatives that turned a $25 billion problem into a multi-trillion dollar problem. I’d like to say I had nothing to do with subprime because I thought it was going to end in disaster. In reality, I was late to the party, and all the clients who either created or invested in the bonds were already taken at this big firm.

I was tasked with “boring old” Fannie, Freddie, and Ginnie mortgage-backed securities. However, the guys who dealt with these fabulous products were all around me, and the stress was very palpable. Subprime lenders like Ameriquest, who as late as 2006, financed the Rolling Stones USA tour, just disappeared! With every slam of a phone or “off the desk” meeting where once famous (now infamous) subprime CDO managers and hedge funds begged my firm not to margin call them out of existence, anyone in the bond world could see that the world as we knew it was ending.

One thing I will never forget was a very early morning on a sultry August day in 2007. To me, this was the day that marked the end. It was about 6:45 am; the large trading floor was very quiet and about three-quarters empty. I logged in to my computer and began, as I did every morning, to see where things like Treasury bonds and Interest Rate Swap spreads were trading. What I saw that morning was the market going bonkers. Swap spreads were, in a sign of high stress, exploding outward. I looked around the desk and there was a very nice junior associate named Eric sitting there. I asked him, “Do you know what’s going on, something in Europe?” Eric called the swap desk in London and reported back to me, “IKB can’t roll their asset-backed commercial paper program, and investors can’t get their money out.”  My logical question was, “Who in the heck (I cleaned that up) is IKB?” Someone answered, “IKB is kind of like the Small Business Administration in Germany.” I thought about this for a minute or two and then I asked, “When you say asset-backed commercial paper program, are you talking about IKB investing in subprime CDOs and funding it with a commercial paper program?” Eric answered affirmatively. I said, “Why on earth, or how on earth, would the Small Business Administration of Germany invest in U.S. dollar assets, let alone subprime and leverage it up with a commercial paper program?” No one answered me as it was taken as a rhetorical question.

A few minutes later, I called one of the hedge funds that I covered to tell them what was going on. The Treasury market was having a sharp flight-to-quality rally, and yet equities, as they had been all through 2007, were blissfully unaware of what was going on in the global financial system. My hedge fund client remarked, “It’s like stocks are watching a Disney cartoon and we are watching Friday The 13th— Return of Jason!” As we all know, the “Gotterdammerung” came shortly for stocks, and the rest is history.

Today, we are in no way in the same danger as we were in 2007, but there is still plenty of economic and geopolitical danger out there to catch risk assets on the wrong foot. The Federal Reserve is raising rates for the second time this year, in part, because I think they want to get one more tightening in before the window closes on them as it did in 2015 and 2016. On the other hand, equities continue to make new all-time highs seemingly every week. Perhaps more importantly, as the Financial Times highlighted,

“The cost for hedge funds taking out ’Black Swan‘ insurance against a sharp fall in U.S. equities has fallen to the lowest level since before the financial crisis as stock markets continue to touch all-time highs.

Options using the so-called one month 97-93 percent put spread on the S&P 500, which requires the index to fall by between 3% and 7% in a month to be profitable, currently allows a maximum profit of $4 for contracts that cost 16 cents, or 25 times return.”

The cost for that basic protection option structure is at an all-time low. This is why the closely watched and heavily traded (through futures and options) VIX Index, which reflects the markets’ estimate of volatility on the S&P 500, hit an all-time low last week. The VIX is made up of the future volatility implied by the price of options just like the ones noted above by the Financial Times. The VIX has become, to a large degree, a very strong fear monitor. Investors seem to take comfort with a price level at or near the all-time lows. One might say that a very low VIX essentially leads to a false sense of security. It is hard to reconcile the numerous geopolitical flash points that rear their heads practically every day and a “fear” index like the VIX so low. It appears we are at one of those dangerous points where risk is completely binary. It is either “risk on” or “risk off.” In my mind, that state usually ends very badly.

With this in mind, I believe the Federal Reserve will be done raising rates for the remainder of the year after today’s hike. I do not think they will be able to begin tapering the reinvestment of their $1.7 trillion mortgage-backed security portfolio in 2017. The yield curve will continue to flatten, and I believe that we could see a 10-year Treasury break 2% as early as late June or early July.