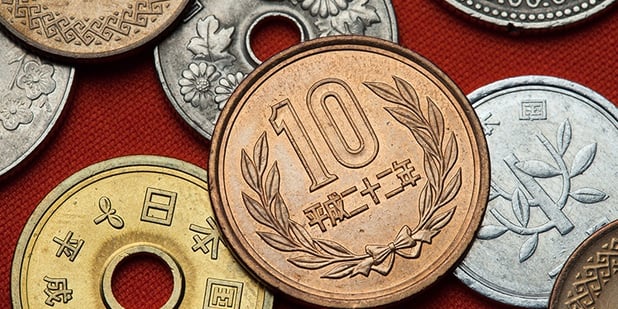 During a time of high geopolitical tension, domestic natural disasters, and political turmoil, investors look to specific things to gauge the fear factor in the financial markets. The most popular index that is used is the Chicago Board Options Exchange Volatility Index or the “VIX”. The VIX takes short dated put and call options on the S&P 500 that are out of the money and using a weighting formula, derives the implied volatility of those options and comes up with the VIX index. Relatively liquid futures on the VIX trade every day on the CBOE.

However, what is puzzling many investors is, why in a time of tumult has the VIX fallen to historic lows? Currently, the VIX index is 10.66. The daily average since the beginning of the financial crisis of 2007-2009 is 20.45, nearly twice what it is today. What gives?

For one thing, as the S&P 500 continues to march to a new historic high nearly every week, investors naturally grow weary of purchasing puts that seem to expire worthless at their maturity dates time and time again. The other thing is, while VIX futures are liquid, many of the S&P options that are used to calculate the VIX index are not. There has been a decent amount of noise lately that trading patterns around the options that comprise the VIX calculation on VIX futures settlement dates are irregular and may smack of manipulation. While the CBOE denies this, the nature of how the index is calculated does in my opinion, leave itself open to manipulation.

So if not the VIX, what can investors look to as a good gauge of fear in the market place? Believe it or not, the Japanese Yen is often the best answer. Sometimes the value of the Yen versus the US Dollar (as well as other major currencies) going up in a crisis seems very counterintuitive. Let us take the nuclear crisis with North Korea. It certainly seems odd that the Japanese Yen would appreciate nearly 6% against the USD since tensions heated up on the Korean peninsula over the summer. After all, isn’t Japan more immediately threatened by North Korean aggression than the United States? The reason for this phenomenon is twofold.

The first reason is Japan owns over $1 trillion U.S. Treasury bills, notes and bonds. As the Japanese, along with the rest of the world holds US Dollars as a reserve currency, a lot of their Treasury purchases have not been swapped back to Yen. Therefore, in times of stress many Japanese entities repatriate funds and in turn swap their US Dollars for Yen. Selling the US Dollar to buy Japanese Yen causes the Yen to appreciate versus the US Dollar.

The second reason, while a little more esoteric, is actually the primary cause for the Japanese Yen to appreciate against the US Dollar when fear takes hold in the financial markets, the unwinding of the “Yen Carry Trade.” Since the early 1990s, Japanese interest rates have consistently been amongst the lowest of the major developed nations in the world. Because interest rates in Japan have been consistently low, global investors like macro hedge funds have borrowed Yen to take advantage of the extraordinarily low rates and then invested the funds in the assets of countries with higher interest rates and yields than Japan. The difference between the Yen rate the investors are borrowing at and the rate the investors are receiving, say in the United States, is positive and enhances performance. There is a catch of course. The investor is short Yen and long USD with his trade. The cumulative size of the “Yen Carry Trade” is massive. Many macro funds rely heavily on this strategy for their returns.

However, since there is no such thing as a free lunch, the interest rate differential between Japan and the US should drive the Yen to appreciate against the USD in the future. This is observed in the very liquid forward currency markets. Therefore, the investor in this trade is betting against the higher forward Yen value versus USD. For about 25 years this trade worked out very well as the Yen rarely strengthened to what had been implied in the forward market. However, this all changed in the crisis of 2008 where the Yen rapidly appreciated 26% against the US Dollar. Much of this was due to macro hedge fund managers having to close out their various trades around the globe and return the Yen they borrowed. The result was tremendous buying of Yen and selling of US Dollars (and other higher yielding currencies).  The “Yen Carry Trade” fell apart. Since the crisis, nearly every mini crisis has seen the same appreciation of the Yen.

So next time you want to gauge how the financial markets feel, give the Yen a look!