Ladies and Gentlemen, the Foundation Has Left the Building! 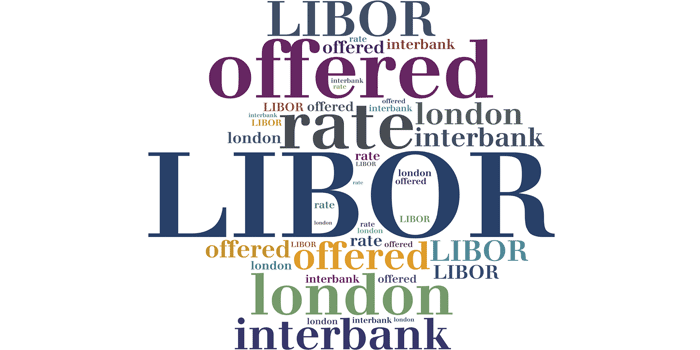 Yes, you read that right, $350 trillion. Granted, I believe that the $350 trillion number is a grossed-up number (counting longs and short for derivative transactions as opposed to canceling them out), but would it make you feel better if the number was “only” $100 trillion? Moreover, what would you say if I told you that LIBOR has essentially been a made-up rate for at least 20 years?

LIBOR stands for London Interbank Offered Rate. This is the rate that large global banks initially used for lending U.S. dollars (USD) to one another on an unsecured basis for terms anywhere from one month to one year. LIBOR is a reference rate for a large chunk of just about any fixed-income instrument denominated in USD: home loans, commercial real estate loans, corporate loans, consumer loans, and of course popular interest rate derivatives such as interest rate swaps and options. It could be argued that LIBOR is one of the principal foundations that our modern financial system has been built upon. However, LIBOR has been a largely fictional rate for at least the last two decades.

In the 1980s, as global banks (Japanese, British, German, etc.) grew in size, larger and larger portions of their balance sheets contained USD assets. In turn, the banks needed to borrow in USD to fund these assets. Out of this demand, the interbank funding market grew, and the borrowing and lending of LIBOR were quite robust. Every day, the British Bankers Association (BBA) would poll 20 of the largest banks involved in the market as to where they were borrowing and lending USD to other banks from one month to one year.

The banks would submit their rates to the BBA at the appointed time (11 A.M. London time). The BBA would kick out the highest and lowest four submissions and then average the remaining 12 submissions and post the rate. Up until about the mid-1990s, this polling rate was an accurate reflection of where banks could lend and borrow USD with each other, unsecured. Over time, because these LIBOR rates were indicative of an actual market, LIBOR became a standard index to use for the variety of fixed-income instruments I listed above.

However, in the 1990s, as international risk-based capital requirements took hold, banks realized that the rate differential between say, U.S. Treasury bills and LIBOR (LIBOR yields more than T bills) was not enough after accounting for a 0% risk weight for T bills and a 20% risk weight for LIBOR term loans. Therefore, interbank lending declined, and banks turned to cheaper sources of funding, such as the commercial paper market. As time passed, and even as the market dried up, banks continued to keep submitting rates to the BBA even though there really wasn’t adequate market data to back up where they were truly lending and borrowing USD unsecured to other banks. Perversely, the popularity of LIBOR as an index grew exponentially while the index increasingly divorced itself from reality.

Eventually, unscrupulous employees at the major banks began to submit rates that moved LIBOR (now the most consequential interest rate index in the world) in their favor. This scandal really came to light for two reasons. The first was during the global financial crisis, when banks that were seemingly ready to go under—unless the government came to the rescue—were still reporting that they were borrowing from other banks, also ready to go under, at rates so low they defied belief. The rather public truth, as 2007 turned to 2008, was that no bank was lending to any other bank unsecured. All funding was coming from the world’s major central banks. For instance, the Federal Reserve provided massive lines to borrow dollars (cross currency swaps) to the European Central Bank (ECB) and the Bank of England (BOE) so the ECB and BOE could lend dollars to their member banks. The discrepancy was just too obvious to be believed, and that in turn prompted regulators to look at the LIBOR submission process.

What regulators found was that since the early 2000s, traders had been moving LIBOR submissions to their advantage at the expense of their customers. And it didn’t take a rocket scientist to figure out what the banks were doing. Traders conveniently set up chatrooms on Bloomberg and sent emails that documented, beyond a shadow of a doubt, that crimes were being committed. And yet, LIBOR, the rate that had shown itself to be a fraud, continued to be used as the most popular index rate in the multi-trillion-dollar fixed-income markets. Why? Because how on earth could the financial system deal with simply tossing the index into the garbage? We were barely emerging from the global financial crisis, and doing something like that probably would have been the coup de grace. How could we have dealt with the reality that one of the foundations of the entire financial system was nothing but sand? So, instead, the deck chairs on the Titanic were rearranged, and the Intercontinental Exchange (ICE) took over the submission process from the BBA.

This brings us to yesterday’s announcement from Andrew Bailey, the head of the UK’s Financial Conduct Authority, that LIBOR will be phased out by 2021. Mr. Bailey stated,

“The absence of active underlying markets raises a serious question about the sustainability of the LIBOR benchmarks. If an active market does not exist, how can even the best run benchmark measure it?”

Good question! A better question might be, “How could you have kept posting this index day after day, knowing that an active interbank market for unsecured term USD funding hasn’t existed in over 20 years?”

The removal of LIBOR is going to be a very big deal. How do we deal with billions of transactions that rely on the index? About the only good news is we have till 2021 to figure it out. Another can to be kicked down the road.