Last Week: It was another turbulent week for the nation and the world. For the financial markets, it was just another week at the office! The nation is on edge as Washington, D.C. became an armed camp...

Death and Taxes: the Former is Certain, the Latter Not So Much 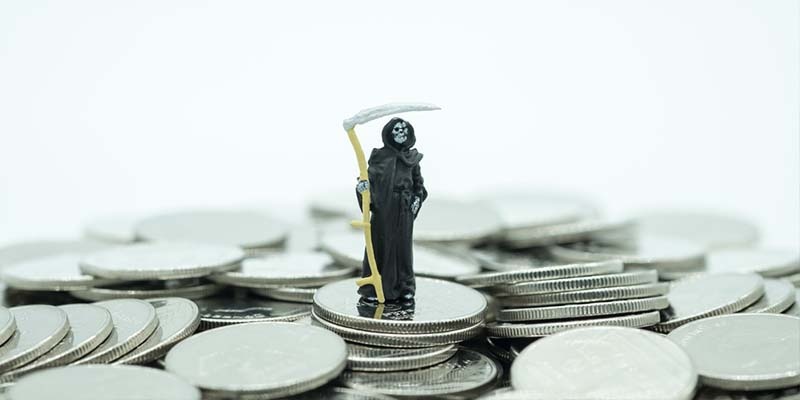 “The only difference between death and taxes is that death doesn’t get worse every time Congress meets.”

High drama in Washington, D.C.! The GOP tax bill hangs precariously as the Senate Parliamentarian has ruled that “triggers” would raise taxes if tax cuts do not promote enough economic growth to cover a decline in tax revenues from the tax cuts. Those triggers were to be put in to appease deficit hawks. Now, however, the deficit hawks are “unappeased.” Moreover, two of the main hawks, Bob Corker and Jeff Flake, are not running for re-election, and thus, are not under as much political pressure. These two senators, plus one more Republican senator, can sink the bill. As I write this, there are senators, besides Corker and Flake, who have serious issues with the bill. Unfortunately for supporters of the bill, these senators have issues that conflict with one another. Therefore, what pleases one doesn’t please the other. This week should be pretty exciting!

Bond markets have been roiled by the twists and turns of the tax bill. Last week, it almost felt like the fabled “bond vigilantes” from days of old (pre-financial crisis) were back, as fears of a tax policy-driven expansion of the budget deficit hurt the longer end of the yield curve. Meanwhile, the Fed has been firing not-so-subtle shots across the congressional bow, saying that with debt-to-GDP already at 75%, increasing the deficit substantially is counterproductive. Robert Kaplan, president of the Dallas Federal Reserve, addressed the relatively high levels last week in his essay, A Balanced Approach to Monetary Policy.

However, one thing that is not being addressed enough, in my opinion, is that if this bill is passed into law, it will be a strict party-line vote. There will not be one vote from the opposing party, the Democrats. The last major tax code overhaul in 1986 was a bipartisan affair. In the House of Representatives, 176 Democrats and 116 Republicans voted for the bill. In the Senate, 33 Democrats and 41 Republicans voted for the bill. One of the things this bipartisanship vote meant was both parties had many members that voted for the bill. Therefore, the bill was not subject to the whims of a potential White House, Senate, and House trifecta election win by one party.

Now, a major law of the land, like the Internal Revenue laws of the United States, may be passed with absolutely no bipartisanship. If you are a business and you are budgeting based on a new tax code, you will have to account for the risk that if the opposition party wins the election trifecta, they can just change the code back or at least alter it considerably. I would imagine the first thing a Democratic Congress and White House would go after would be the statutory pass-through company rate. The GOP plan looks to cut this rate from 39% to 25%. Can’t you see Democrats changing this at least partially back toward 39%, perhaps on businesses that they consider not to be “small business”? And the statutory corporate tax rate the GOP proposed cut to 20%? I imagine that would be raised back up. That is another real risk for businesses to model into planning for the future. The same can be said for households. A Democrat move could be to allow individuals to itemize and fully deduct state and local taxes again, something taken away (or partially away) from the GOP bill. The main point is that the list of uncertainty for business and households is substantial.

If any of this non-bipartisan angst sounds familiar, it should, because this is exactly what happened with the Affordable Care Act (ACA) President Obama and the Democrats passed without one Republican vote in 2010. Once the Republicans got their trifecta election win, the only reason the law wasn’t repealed was that it is an extremely difficult policy, and frankly, the Republicans didn’t have a plan they could agree on. Can’t the same be true with taxes? As crazy as it sounds, compared to healthcare, it’s actually much easier to establish a new plan for tax policy or simply revert to an old one.

* The 2017 Annual Report of the Board of Trustees of the Federal Old-Age and Survivors Insurance and Federal Disability Insurance Trust Funds, U.S. Social Security Administration, July 13, 2017; The 2017 Annual Report of the Boards of Trustees of the Federal Hospital Insurance and Federal Supplementary Medical Insurance Trust Funds, Centers for Medicare & Medicaid Services, July 13, 2017.

Eric Salzman joined SWBC in September 2015, focused on Institutional Sales with Investment Services Capital Markets. He brings 29 years of trading, risk management, marketing, and regulatory experience to SWBC. Prior to joining SWBC, Eric traded, managed risk, and marketed agency mortgage backed securities with The Bank of Nova Scotia, Advisors Asset Management, and Credit Suisse. Eric is a graduate of American University with a Bachelor of Arts in Economics and holds the Series 24, 7, and 63 licenses.

Stay Ahead of Rising Delinquencies

Last Week: It was another turbulent week for the nation and the world. For the financial markets, it was just another we...

While 2020 started out as a difficult year for Municipal Bonds, those investors that were nimble and not ruled by fear, ...

IT’S A BLUE WAVE, AFTER ALL

Fortunes changed dramatically this week as the Democrats swept the two Senate runoffs in Georgia on Tuesday, giving them...

Stay ahead of rising delinquencies with IVR, text, and email borrower communication