Abe Vigoda is Dead, but the Bull Market for Fixed Income Is Not 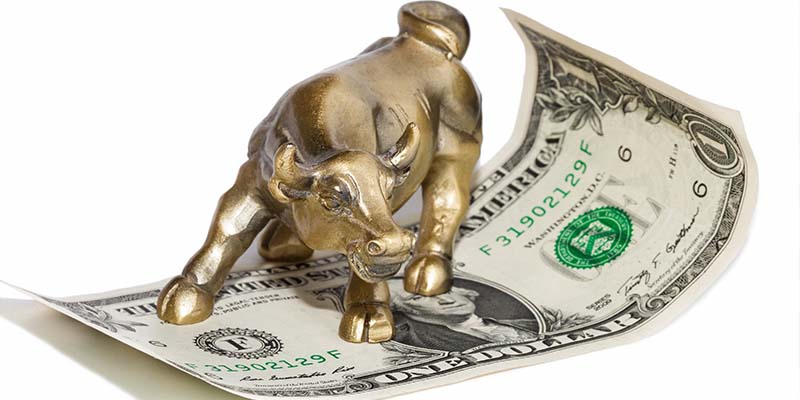 “Tom, can you get me off the hook, for old time’s sake?”—Sal Tessio

Abe Vigoda was a beloved American actor who played a key role (Sal Tessio) in one of the greatest films in American movie making, “The Godfather.” After “The Godfather” in the early 1970s, Mr. Vigoda played the role of Detective Fish on the very popular TV series “Barney Miller.” Abe was so good that he even got his own spinoff show, “Fish.” Abe, in large part because his role as Detective Fish required him to look old and tired, caused many of the viewing public to think he was in his 70s, as opposed to his late 50s! In 1982, People magazine incorrectly reported that Abe had died. His many fans (and for you youngsters out there, he did have many fans!) mourned, but because they thought he was in his late 70s, they were not shocked by the news. Additionally, since this was before the age of the internet and the 24-hour news cycle, the word did not get out right away that Abe was actually very much alive. According to the New York Times:

Mr. Vigoda responded by placing an ad in Variety with a photo showing him sitting up in a coffin and holding a copy of the offending issue of the magazine.

His “death” became a running joke. “I have nothing to say about Abe,” Billy Crystal said at a roast of Rob Reiner at the Friars Club, where Mr. Vigoda was a regular. “I was always taught to speak well of the dead.”

It seemed that every year from 1982 to 2016, there was a rumor of Mr. Vigoda’s passing. The crazy thing is the most popular response was, “I thought he died years ago?” Abe lived to the grand old age of 94 and passed in 2016.

Many things had to happen to set off the more than three-decade bond bull market that started in 1984. First, we need to remember what got us to the point of the bull market by reviewing the inflationary period of the 1960s and 1970s. Starting in the 1960s, the Fed ran super easy monetary policy for a decade, as we spent billions on the war in Vietnam as well as tremendous spending for President Johnson’s “Great Society,” nearly tripling the money supply (measured by M2). Essentially, we were trying to inflate our way out of the growing fiscal deficits that were being created. Then in 1971, President Nixon effectively ended the Bretton Woods Agreement (in place since the end of World War II) that allowed the U.S. dollar to float—as opposed to a fixed system that bore some resemblance to a global gold standard—and get pummeled. Finally, we had the oil supply shocks of 1973 and 1979 to create rampant inflation in the U.S. and much of the globe. Attempts were made to fight inflation, some serious like President Nixon’s wage and price controls, and some not-so-serious like President Ford’s “Whip Inflation Now” (WIP) buttons. Unfortunately, once corrosive inflation becomes seared into the minds of businesses and consumers, it takes pretty brutal medicine to get rid of it.

The brutal medicine came in the form of 6’8” central banking giant (literally and figuratively!) Paul Volcker in 1979. Volcker and the Fed slew the dragon of rampant inflation by jacking policy rates to 20% and causing two deep recessions. Additionally, technological advances and globalization that provided very cheap labor (which weakened labor unions) combined with monetary policy to exorcise inflation from the American psyche. With inflation broken, the great bond bull market began in 1984 and is still running.

The reason for this history discussion is that it is vital to remember that many really important things had to happen to first create out-of-control inflation, and then many important things had to happen to squash it. Therefore, when we look at the landscape today, is there potential for the true inflation genie to break out of the bottle it has been trapped in for over 30 years? Maybe. After all, the U.S. economy is picking up speed at an increasing rate, we are at or near full employment, and the Fed is still providing a tremendous amount of monetary stimulus. Moreover, with a government debt to GDP ratio of 78%, our government has just passed a historic tax cut. The question to ask ourselves is, “is this the same brew that produced runaway inflation and created a bear market for bonds that lasted nearly two decades?”

I am going to say no; I believe we are heading for higher long term rates this year, and I believe the Fed will have to be more aggressive with policy tightening to keep the lid on inflation getting away from them. Even if the president is able to put more governors on the board of the Fed, if they are true central bankers, central bankers go down in disgrace far more often for letting inflation get away from them than they do for slowing down the economy. Abe Vigoda has passed on. The great bond bull market has not.